Jet Black Sea
A progressive rock rather than blues album, but well worth listen
You can have a better listen HERE

So while you listen to that demo, let me talk to you about FUCKING KNEES!

Now, they are useful, even if they don't articulate the same way as other species.

But here is the problem with them.
Mine appear to have been built on Friday.

I am not sure if I was born on Friday.

I need to check that HANG ON! Thursday.
But it was obviously near the end of the shift.

However, the left knee is now buggered up big time again.

This may have been caused by the fact that I crashed my MTB and landed on it.
It was already buggered, but this time it is still buggered months later.

Which brings me to the NHS

Now, I have NO AXE to grind here (ok, a small one).
In our family, there are 5 doctors and two pending ones.

Tangentially related to them are at least 3 more.

SO, I am not Anti-NHS.
When you are in the SHIT, they are the place to go.

What I do have a gripe against, are NHS Accountants, Managers and FUCKING BEAN COUNTERS, who between them are making private insurance a MUST if you are lucky enough to be able to afford it..

Let me give you an comparative analogy.

So, Private 19 days to operation

Now, my next door neighbour waited 8 years to finally get a knee operation

I have stuck with the NHS this time to optimise my medical insurance.

BUT........... you can bet your bottom dollar, that after the scan, I will be doing the follow up privately.

And to date, that is the end of my RANT.

But there will be more after 30th December.

When I had a Private Scan, the Consultant had the results 2 days later.
I wonder how long it will take the NHS to get them anywhere at all.

Part of the problem (In this electronic Age???) appears to be getting anything written up.
Why the FUCK does it take so long??

I can get an email with pictures from my office to Canada in minutes.
It would appear that NHS take longer than bleeding carrier Pigeon.

I am going to ask them to be available for a Private Consultation rather than just fanny around. 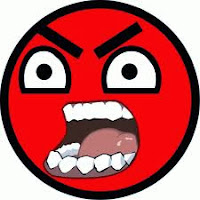 Scan was completed on 30th.
No info yet, but told results will go back to referring centre within 2 weeks.
So, they should contact me by the end of the Month??

Anyway, I have arranged Private Consultation now.
Rang today, appointment next Tuesday, and he will have already looked at the MRI results by then.